This is the third and final part of a serial review summarizing the literary evidence of Vedic traditions in ancient Tamil Nadu presented in Dr. Nagaswamy’s 2016 book: “Tamil Nadu: The Land of Vedas“.

The book chapter covering Silapathikaram points out that this most ancient and famous Tamil epic is a brilliant application of Bharata’s Natyasastra.

This has been covered in-depth in our previous posts. Here will provide a brief summary of the data regarding Vedic traditions present in these ancient Tamizh epics.

Silapathikaram, authored by Ilango Adigal dates back to the first century CE, per Dr. Nagaswamy, who has also shown that the epic was recognized centuries long ago as the earliest and longest dance-drama written in Tamizh. The main characters are Kovalan, his wife Kannagi, and the danseuse Madhavi. Manimekalai is the sequel authored by Buddhist author Sathanaar and contains within it a critique of certain aspects of the Vedic traditions that were followed during that time. Note that Buddhism, Jainism, and Hinduism are all dharma-centric thought systems that existed in Tamil Nadu since ancient times. These epics would have been lost to the world forever, but for the untiring efforts of U V Swaminatha Iyer who painstakingly obtained the palm leaf manuscripts of these works and transcribed the information over many years. 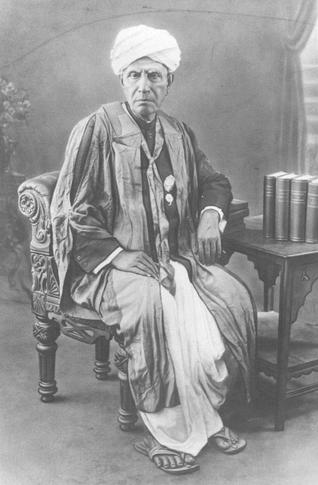 Even though Silapathikaram’s characters are fictional, the description of Tamizhakam, the lives of its people, and its three crowned kings are reflective of the times.  The story of Kovalan and Kannagi starts with their marriage performed according to Vedic tradition and ends with the Rajasuya Yaga performed by the Chera king Senguttuvan. Dr. Nagaswamy notes that this is the same marriage system that is followed even today by Hindus. This Karpu marriage is in fact the main theme of this epic, and Kannagi’s role is central to the story. The text note that the three capitals of the three main kingdoms, as well as the plains and the hilly areas reverberated with the chanting of the Vedas. We list the three capitals along with their kingdoms below, in the order in which the story traverses through them in three cantos, each associated with a major event in the story:

Vedic Yagnas were performed in the temples for Shiva, Shanmukha, Balarama, Krishna, and Indra in these capital cities. As Kovalan and Kannagi were traveling from Puhar to Madurai through a rural wooded area of the Chola country, they hear Vedic chanting by Brahman boys early in the morning. The story moves from the cultivated plains (Marudam) to the coastal areas (Neydhal) and then to the Paalai (intermediate / desert regions), where the presiding deity is Durga. She is celebrated as the one who defeated Mahishasura, making it crystal clear that he was not some local hero but an asura whose demise was welcomed. It is equally important that she is praised by forest dwellers as ‘the Veda of Vedas, and one who resides in the heart of Brahma, Vishnu, and Shiva as a flame of knowledge‘. Dr. Nagaswamy notes “that the supreme knowledge of the Vedas was part of all sections of the Tamil people even in remote areas of the land of the hunters“. The author also notes that Vedic and tribal customs are mingled in the story in order to drive home the message that finally dharma won in the life of the chaste Kannagi. In the Mullai (high lands) inhabited by the cowherds, the presiding deity is Krishna. They mirror the Yadavas in the north and their main occupation was cow-rearing. Of course, the very name Madurai is from Krishna’s Mathura.

Dr. Nagaswamy notes that most of the chapters are called Kaatais. This is not the same as Kathai (story, from Sanskrit Katha), but from the Sanskrit word Gaathaa (song), representing music compositions. The events mentioned in the katturai kaathai chapter are important to mention. Goddess Durga (Korravai), the presiding deity of Madurai appears in Kannagi’s dream and informs her of her husband’s beheading by the Pandya king, a person who never tolerated adharma in his kingdom. “The king had never heard any call of the bell of justice at any time, but had always heard only the sound of Vedic chants“. Durga explains to Kannagi what a staunch defender of dharma the king was and narrates the story of the Brahman boy Dakshinamurthi, son of Vaartikan, who lived in the Pandya kingdom. The boy, by his flawless recital of the Vedas is richly gifted by another Brahman scholar Paraasara, who had only recently been gifted that wealth by the Chera king for defeating a group of Vedic scholars in a debate. Jealous people falsely implicate Dakshinamurthi and get him imprisoned for theft. His mother wept at this injustice, and the Korravai temple door closed after this adharma occurred. The Pandya king immediately realized something wrong had happened, got to the bottom of the matter, released the boy and fell at the feet of his parents, seeking forgiveness. The Goddess further explains to Kannagi that Kovalan’s unjust end at the hands of the king was due to each one’s karma in their prior birth. Note the firm belief in Karma and reincarnation. This is a fundamental part of all major dharma systems – Hindu, Buddhist, Jain, and Sikh, but cannot be accepted by, and is incompatible with history-centric religions like Islam, Christianity, and Judaism [2].  Dr. Nagaswamy notes that this story describes in depth, the Vedic lifestyle and education in ancient Tamil Nadu.

Toward the end of the story, the Pandya king who had Kovalan executed, drops dead after being confronted by Kannagi and realizing his injustice. Such champions of dharma were the Tamizh kings! Fourteen days after Kovalan’s death, the Devas from Svargaloka take Kannagi with them and she is united with Kovalan there. Per Vedic customs, she remains a pattini forever. Kannagi has remained an icon for Tamil women from then to this day. The Chera king built a temple for Kannagi per Vedic tradition, installing her image made from stone obtained from the Himalayas and washed in the river Ganga. Kannagi is elevated to a Goddess. He then returns to his royal grove to perform the Rajasuya Yagna. The story concludes here.  In this paragraph, we see the seamless transition from the material to the spiritual world without borders, and also the shared tradition between northern and southern India. This unambiguously demonstrates the seamless unity of Bharatvarsha, its cultures, and spiritual traditions since ancient times.

The Panchatantra by Vishnu Sharma appears to be predating Silapathikaram by about 200 years. There are multiple stories from the Panchantra that enter the store at certain critical junctures, and, are crucial to the epic, per Dr. Nagaswamy.

The epic was written much later than Silapathikaram as a sequel focusing on Manimekalai, the daughter of Madhavi and Kovalan. The writer Sathanaar is Buddhist and has a polemical element to it and tries to promote the superiority of the Buddhist way of life over other dharma thought systems including Jain and Hindu. As part of the story, there is a description of the Vedic society viewed from the author Sathanaar’s Buddhist perspective.

Dr. Nagaswamy notes that the Vedic system attached a lot of importance to the presence of the Hindu wife in all rites, particularly sacrificial rituals. In fact, the Patni was considered the prime necessity for a man to attain moksha. “Dharmadatta, a merchant was counselled by a Brahmana to marry a woman otherwise any number of sacred gifts would not give him spiritual merit“.

The Buddhist author examines the key features of the various Indic systems at that time, especially the Vedic, before proclaiming the superiority of the dharma thought system that emerged from Buddha’s teachings. Manimekalai becomes a follower of Buddha at the end of the story.

We thank Dr. R. Nagaswamy for his several decades of service to India and Tamil Nadu. At the second Swadeshi Indology Conference in New Delhi, February 2017, a lifetime achievement award was conferred upon Dr. Nagaswamy.